On the 5th of the March there was an interesting concert program whiсh was organized general medicine fakultes students bous in the hostel #2 of KazNMU named after Asfendiyarov. Concert program was devoted to the International Women’s Day and named “White Angels of the World”.  In the concert there were guests from dean’s office, from Educational part and from KDM of our university. 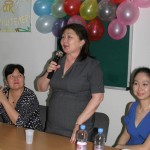 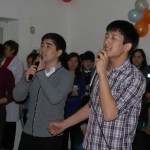 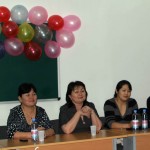 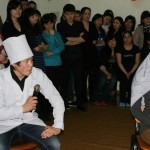 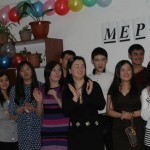 Also Boys’ KVN Club joked very funny, so girls laughed and they had wonderful mood. There were very interesting for everyone.

In the end boys told all their best wishes and asked girls to dance.  All guests had a good impression of the concert. And boys gave them flowers and presents.